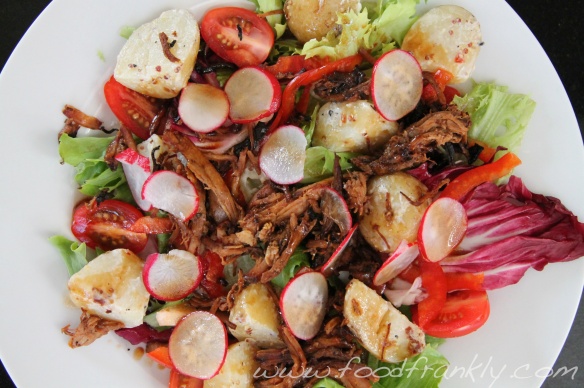 I often think this would be a different nation with decent weather as at the first glimpse of sun and everyone is out and about. In town, any available outside seating, and there isn’t much, is taken and plumes of BBQ smoke are rising from the gardens. Great times…..except for the bad tan-lines but otherwise, yes, great times.

I ‘did’ a BBQ on Sunday and, as ever, prepared far too much. I got the Webber kettle grill out and slow roasted a piece of pork until falling apart, soaked wood-chips and all. It made the most amazing crackling too. Suffice to say it was such a shame to waste it and so in a vain attempt to do something healthier, I combined some of the leftovers into a salad. 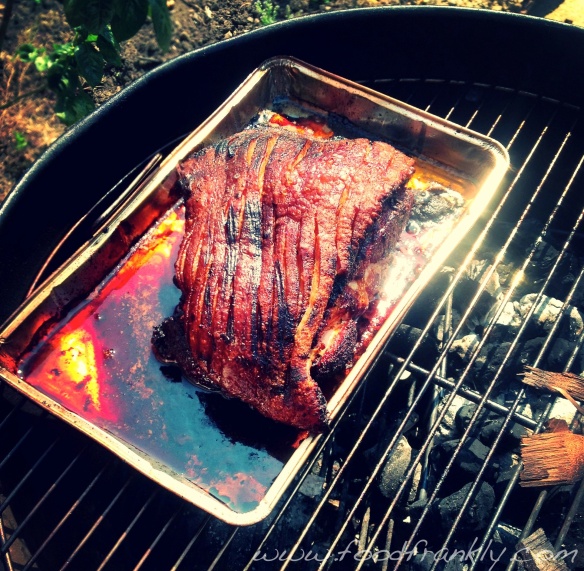 No recipe as such here, but this was super-quick and hugely customisable. I used an asian style dressing but a simple cider-vinegar version would have worked nicely too. I also had some of Helen’s homemade coleslaw left which finished the dinner off nicely.