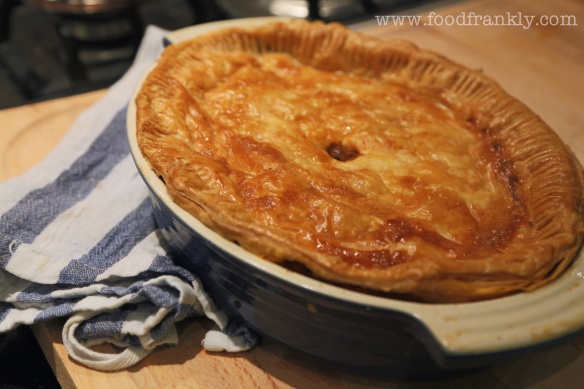 “A journey of a thousand miles begins with a single step”.

Very recently humans managed to land a satellite on a comet. An utterly incredible achievement. Yes, I know I’m a little out of date, like reading a dentists’ waiting room magazine, but it’s pertinent so bear with me.

It launched in 2004 and was sent around the sun to gather speed. It headed back to the Earth then was slung, using nothing but gravity, all the way to Mars, at which point it was flung back to the Earth again before heading off into outer space to meet with a city-sized ball of ice and rock. Both parties were, and still are, moving at tens of thousands of miles an hour. It really is truly remarkable. A tribute to the ingenuity and perseverance of humankind.

Much like my three-day game pie really. An epic voyage of culinary fortitude and grit, albeit moving a lot more slowly. Three long and tiring days passed before we could sample this gem.

I take no credit for this recipe, it’s (fairly) regularly on the menu at a favourite restaurant of mine, the Broad Chare near the river in Newcastle. Well worth a visit if you’re passing, but you probably need to book. We managed a night out a little while back and ordered it from the specials. “For 2/3” it said. Presumably a week as it turned out,  but man it was good. Incredibly rich with superb crispy pastry.

Of course I had to try it and whilst, predictably not quite as good at the ‘original’, was pretty darn good all the same.

Day one: marinade in an obscenely good bottle of red wine. I used Malbec. I didn’t marinade the vegetables though, maybe that was my downfall. 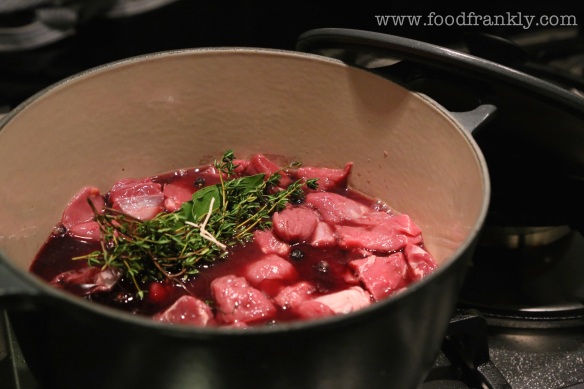 Day two: Fry the game meat, add the wine, vegtables and simmer for a few hours in the wine, cool and leave in the fridge overnight. Taste and season accordingly at this point. 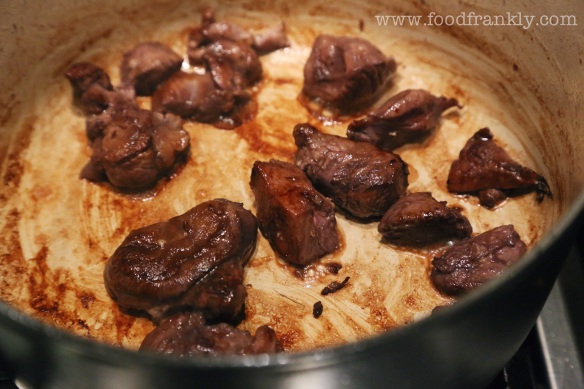 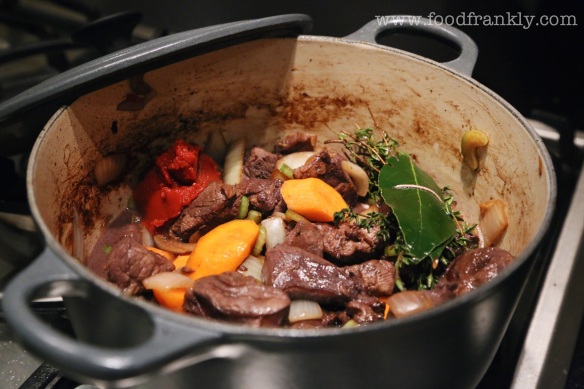 Day three: Spoon into a generous pie dish, cover with puff pastry (I bought it, I’m not a masochist), brush with egg wash and bake until golden. Serve with some mashed carrot and swede. 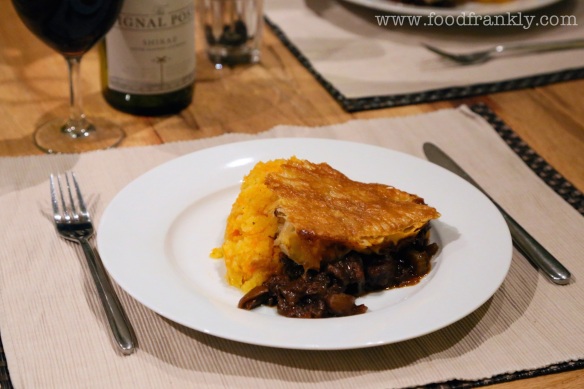